Moving, new schools, and an interminable “fog” have been a part of Milo’s... read more

Moving, new schools, and an interminable “fog” have been a part of Milo’s life since his mother’s death from a brain tumor. His father has gotten rid of all his mother’s clothes and other reminders of her, leaving Milo with nothing tangible to remember her by. His father’s reluctance to talk about his mom further complicates Milo’s sadness. But starting seventh grade at his newest school proves to be a turning point. Although Milo isn’t exactly the popular type, he finds his niche with Hillary, the quirky neighbor girl, and another kid from school whose family gives Milo the feelings of normalcy he used to have when his mom was around. With the help of his adult neighbor, Sylvia, and his two new best friends, Milo starts to open up, talking about his mother andfinding a way to bring back memories of her life. The humor, honesty, and friendships in this entertaining story are surprisingly profound, and the diary format with cartoon illustrations makes it an engaging and accessible book. (Ages 10–13) 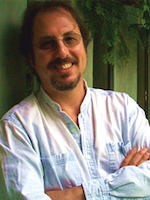 Part 1 of Interview with Alan Silberberg

Part 2 of Interview with Alan Silberberg