The Space Between Our Footsteps

"It is quite possible that the Middle East is one of the most negatively stereotyped... read more

"It is quite possible that the Middle East is one of the most negatively stereotyped places on earth," Nye begins this anthology. "I can't stop believing that human beings everywhere hunger for deeper-than-headline news about one another. Poetry and art are some of the best ways this heartfelt 'news' may be exchanged." The work of 20th century poets and artists, women and men, from 19 Middle Eastern countries is compiled in a book that resonates with words and images at once both recognizable and wholly distinct, as is the heart of every human being. Many of the poems are rich with details of places and customs unfamiliar to most U.S. readers, or familiar, as the introduction states, only through the news, which reports on guns and bombs but not hearts and souls. All of the poems hold the promise of discovery inherent in fine writing. The beautifully reproduced paintings are also points of entry into this too-often foreign part of the globe, and the visual images provide readers with the opportunity to make further connections between the paintings and the images expressed in poems placed nearby. Source notes, biographical information about the poets and translators, and indexes to the works are provided in this exquisite, important volume that brings diverse perspectives on life in the Middle East into focus through the human heart rather than the framework of political boundaries. (Age 12 and older) 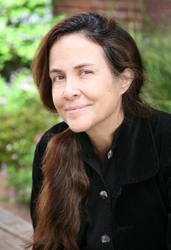 Created by Univ. of Texas at Dallas