by Harry Mazer and Deborah Lanino

A welcome, realistic portrayal of a child with Down syndrome is at the center of... read more

A welcome, realistic portrayal of a child with Down syndrome is at the center of a swift-paced novel in which 12-year-old Sammy develops a unlikely friendship with a tough runaway. Sammy is trying to track down his stolen bicycle when he wanders into the dense forest preserve near his home and gets lost. He literally stumbles upon Kevin, a runaway from reform school who has been hiding in the woods. At first their relationship is one of fear and confusion on Sammy's part and disgust on Kevin's. Sammy only wants to go home again and can't understand why Kevin has tied him up. For his part, Kevin can't believe how helpless Sammy seems but he's not willing to let Sammy go and risk having his own presence in the woods revealed. Eventually Kevin unties Sammy, but Sammy stays. He wants to go home and he trusts that Kevin will take him soon--he can't find his way on his own. And he likes that fact that Kevin never assumes he can't learn how to do things and patiently shows him new skills. At home, Sammy had felt babied but with Kevin his confidence begins to blossom. Sammy is a powerful influence on Kevin as well as his trusting nature and willingness to accept Kevin at face value give Kevin, who has built walls to protect himself, a new perspective on himself and on friendship. Mazer's third-person telling is centered on Sammy's point of view and his portrait of this child with Down syndrome as a singular individual with a fully developed personality not only feels authentic, it gives the story a compelling and unique perspective that will engage its readers as much as the drama of Sammy and Kevin's relationship. (Ages 10-13) 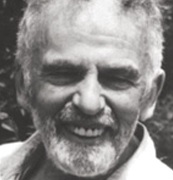