“Walter was worried when . . . the sky grew dark.” Despite the clouds... read more

“Walter was worried when . . . the sky grew dark.” Despite the clouds that are gathering, Laura Vaccaro Seeger’s picture book Walter Was Worried isn’t really about the weather. But there’s plenty of weather happening in this playful book that features everything from thunder, fog, and rain to snow, blue skies, and sun over the course of 32 pages. Not only is Walter worried, Shirley is shocked, Frederick is frightened, Ursula is upset, Elliot is ecstatic. . . the ever-changing weather elicits a range of (alliterated!) responses among various children. Author/illustrator Seeger turns these into clever visual wordplays: she’s created portraits of each child’s face in which their features (eyes, nose mouth, eyebrows, an occasional wrinkle of concern) are comprised of the letters in the word that describes the way they are feeling. (Ages 3–7) 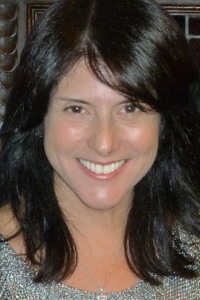