Gail Gibbons beings at the end in Dinosaur Discoveries , describing the most common... read more

Gail Gibbons beings at the end in Dinosaur Discoveries , describing the most common theory concerning the dinosaurs’ demise: that a giant meteor hit the earth 65 million years ago. She goes on to explain that the only way we know they existed is through the fossil record. “The discovery of each dinosaur fossil is often an important event. Who knows? With each find, a new kind of dinosaur could be discovered.” Each subsequent double-page spread is devoted to a group of dinosaurs, arranged in order of chronological appearance—prosauropods, theropods, sauropods, etc. For each group, Gibbons provides a concise paragraph detailing the qualities that made it distinctive. Detailed watercolor illustrations show dinosaurs in their natural habitat, accompanied by captions that identify the species, give a phonetic pronunciation of its name, and provide one interesting fact about it. Each of these larger pictures is also labeled with the name of the era in which the dinosaurs lived. The book concludes with three theories about dinosaurs put forward by paleontologists, based on discoveries in the fossil record, including the always intriguing idea that modern birds are descended from dinosaurs. A world map on the endpapers pinpoints the places where fossils have been found. (Ages 4–7) 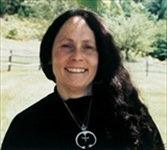