A New York City subway car called Jessie has a busy life from her first day on the... read more

A New York City subway car called Jessie has a busy life from her first day on the job in the 1960s. She carries passengers and their cargo safely from place to place as the years pass by. Jessie is occasionally repaired and updated, with new lights, doors, and paint, as the city around her changes and grows through the decades. Eventually, a worn-out Jessie is retired to the train yard before being washed and stripped of lights, signs, and brakes. In 2001, along with other old Redbird subway cars, Jessie is taken out of the harbor on a barge and sunk to the ocean floor. A fascinating author’s note relates that Jessie’s personified story is based on a real subway car that was one of many used to create artificial reefs in the Atlantic Ocean to “provide homes to generations of underwater creatures and new fishing grounds for both people and fish.” Child–friendly sound effects and illustrations that convey the motion of the subway provide access to an unusual story. (Ages 4–8) 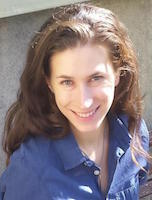