We've Got a Job: The 1963 Birmingham Children's March

Cynthia Levinson illuminates the pivotal role that older children and teens played in Birmingham Civil Rights protests in early May 1963. When adults were reluctant to march and fill the jails, youth took up the call. Their willingness to do so inspired adults who had been hesitant to protest for a number of reasons, from fear of physical repercussions to the possibility of losing their jobs to disagreement among leaders in the Black community regarding the right course of action. When the youth marched, the violent response of police and fire departments under Bull Connor ignited the broader public and the media. Levinson’s account returns repeatedly to the experience of four African American youth who participated in the marches, three of them teenagers, and one, Audrey Hendrickson, only nine years old, and the youngest to be arrested. Their backgrounds and stories provide insight into class differences within the Black community, while the larger narrative also speaks to differences in how Black and white youth experienced this tumultuous time. A final chapter provides an account of the lives of all four since that time. Detailed source notes and a bibliography conclude this inspiring volume. (Age 12 and older)

Meet-the-Author Recording with Cynthia Y. Levinson about We've Got a Job 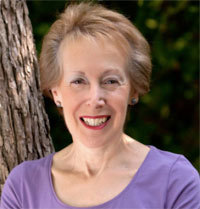