Author Lesléa Newman was scheduled to be the keynote speaker for the University... read more

Author Lesléa Newman was scheduled to be the keynote speaker for the University of Wyoming’s Gay Awareness Week on the Laramie campus in October, 1998. Five days before events began, on October 6, university student Matthew Shepard was brutally beaten, targeted because he was gay. He died on October 12. Newman, who arrived in Laramie already aware of the attack, never forgot the anguish surrounding it and Shepard’s death. In this beautiful, heartbreaking work, she explores that pain, and the tragedy that fueled it, through poems that examine what happened from multiple and often surprising perspectives. The fence to which Shepard was bound by his attackers is a recurring voice. The stars in the sky are helpless and dismayed as they look down on Matthew Shepard, who wasn’t found for eighteen hours. Police officers, members of the campus and wider communities—including those who are gay and feel the beat of fear in their hearts—are among those who speak through Newman’s exquisite, imagined monologues in a range of poetic forms. Many of the poems feature epigraphs—actual quotes from people on the periphery and at the center of the story. All of these are cited in thorough source notes in this work that begins and ends with Newman’s personal account of that time. Notes on the poetic forms are also provided in a book that moves through and beyond despair, offering moments of comfort and hope, especially in how what happened to Matthew Shepard led to reflection and change in some hearts and minds. (Age 13 and older) 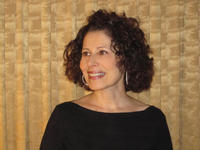