I'll Save You Bobo!

by Eileen Rosenthal and Marc Rosenthal

Eileen and Marc Rosenthal have followed up on the charming I Must Have Bobo!... read more

Eileen and Marc Rosenthal have followed up on the charming I Must Have Bobo! (Atheneum, 2011), about a cat named Earl fixated on a little boy’s stuffed monkey, with this captivating portrayal of a child’s imaginative play. Earl the cat still loves Bobo the monkey, and as the boy draws and narrates a jungle adventure in which Bobo (and snakes) feature prominently, Earl’s relentless pursuit mirrors the danger the little boy imagines his stuffed animal faces in the made-up story. The interplay between the two stories—a jungle cat stalks crayon Bobo while Earl the cat stalks the real one—is marvelous. So, too, is Earl’s growing frustration, and eventual triumph. Authentic childlike—and catlike!—behaviors are featured in this stand-alone sequel. (Ages 3–7) 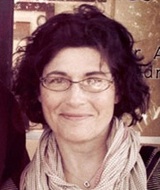