Ben Ripley is astounded when he’s whisked off to the secret CIA-run spy school... read more

Ben Ripley is astounded when he’s whisked off to the secret CIA-run spy school outside Washington, D.C. The boarding school for kids from sixth through twelfth grades trains America’s future spies. But there’s a mole in the school, leaking secrets to enemy governments, and Ben discovers he’s been hand-picked to attend not because he’s great spy material, but to set a trap. The CIA has created a false profile indicating Ben is a brilliant cryptologist, making him a target for would-be assassins. Trying to avoid being kidnapped or killed, Ben finds his only ally—and in fact the one person who seems able to outsmart both enemy spies and school and CIA officials—is über-student Erika, daughter of the dashing and famous American spy Alexander Hale. Stuart Gibbs’s over-the-top story has elements of Percy Jackson, Harry Potter, and the movie Spy KidsÃ‚Â¸but the result is an original blend full of action, adventure, and abundant humor. (Ages 9–12) 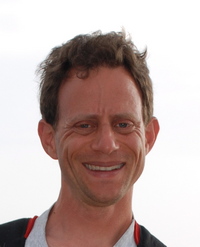