In My Hands: Memories of a Holocaust Rescuer

Irene was seventeen when the Nazis bombed the city where she was a student nurse... read more

Irene was seventeen when the Nazis bombed the city where she was a student nurse and eliminating contact with her family. She was imprisoned and forced to work for the Germans. Her blond hair and blue eyes gave her access to situations where she could also find ways to resist. She became a partisan fighter, risking her life on behalf of Jewish workers. Significant moral dilemmas were raised, and a great personal cost was required. The moving account of the World War Two experiences of this amazing young Polish Catholic woman was developed into poweful prose by Armstrong following extensive interviews. Opdyke now lectures nationally, and her story is part of the permanent exhibit in the U.S.. Holocaust Museum. Her impressive story is now also part of the growing body of first-hand accounts of survivors who recall their youth for readers who are almost the same age as they themselves were during the war. Opdyke’s personal commitment today to “love, not hate” is as strong as her insistence that all she tells did happen to her - and to others. (Age 12 - adult) 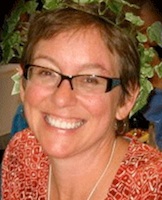