The Journey of Oliver K. Woodman

by Darcy Pattison and Joe Cepeda

When Californian Tameka invites her favorite uncle for a visit, he regretfully has... read more

When Californian Tameka invites her favorite uncle for a visit, he regretfully has to decline due to his busy carpentry schedule. However, he suggests that his friend Oliver come in his place. Uncle Ray is soon busy constructing a life-size wooden man, a bit like an oversize Pinocchio. Ray slips a letter into Oliver’s backpack, addressed to “Dear Traveler.” The letter, complete with the address of Oliver’s destination, requests that the wooden man be given a ride and asks that the Traveler write a note to Uncle Ray informing him of Oliver’s progress. And so the journey begins, with Oliver perched on a rock at roadside, holding a sign reading “California or Bust.” The following series of letters tracks Oliver as he hitches rides zigzagging from his South Carolina departure point through Tennessee, Arkansas, New Mexico, Utah, and California, until he finally appears at Tameka’s front door. Much of the fun in this engaging book is found in the diverse group of characters Oliver meets during his two-month cross country trip—the farmer and his Brahman bull, a moving-van trucker, and a trio of white-haired sisters from Kokomo, are all equally charmed by this singular hitchhiker. Children will enjoy tracking Oliver’s travels on the concluding U.S. map and will get great satisfaction out of the final leg of Oliver’s trip—an airplane ride back to South Carolina as Tameka and her family head to Uncle Ray’s for a visit. (Ages 5–10) 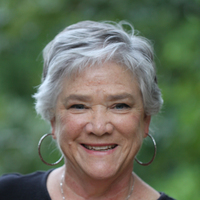 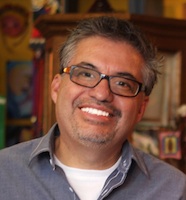