Clarence has gone blueberry-picking with his grandma since he was so little she had... read more

Clarence has gone blueberry-picking with his grandma since he was so little she had to carry him on her back. Now he carries his own bucket. As he picks the berries, his lips turning purple from eating them as he goes (he likes the sour ones that pop in his mouth), he takes time to notice creatures small and large: an ant, a spider, a fox sneaking by. He ends his outing with an offering of berries for the birds. The young Native boy's tradition of berry-picking is described in a spare, lyrical narrative that incorporates a word or phrase in Cree along with its English counterpart on each page. Author/illustrator Julie Flett (Métis/Cree) pairs her poetic text with beautifully composed illustrations that are stylized and full of warmth. (Ages 3-6) 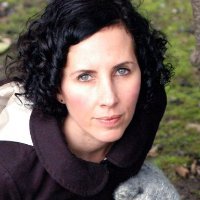 Created by BC Local News

Created by The Free Library