Farmer Will Allen and the Growing Table

As a child, Will Allen hated working in his family's garden. "He planned to quit... read more

As a child, Will Allen hated working in his family's garden. "He planned to quit on planting, picking, pulling weeds, leave those Maryland fields for basketball or white-shirt work." It turns out he did both, playing professional basketball in Belgium, then getting "white-shirt" work in Wisconsin. But while helping a Belgian friend dig potatoes during his basketball days, he made a life-changing discovery: He "loved digging in the dirt." Living in Milwaukee after playing ball, Will noticed how few people, especially in poor neighborhoods, had access to fresh vegetables. He bought an inner-city lot that included six greenhouses, got friends to donate fruit and vegetable waste to create compost, added red wiggler worms and figured out-through trial and error, and with hands-on help from neighborhood kids-how to gradually transform the polluted soil to grow healthy food. Will devised ways to use every inch of space, growing food in the ground, and also in pots and baskets and buckets and boxes. He added hoophouses for more growing room, and vats of water to raise fish. He named his venture "Growing Power," and not only began feeding people in the city, but teaching people in his neighborhood, around the country, and around the world how to be urban farmers. This lively introduction to Will Allen's groundbreaking work features a buoyant narrative by Jacqueline Briggs Martin set against Eric-Shabazz Larkin's energetic illustrations. It's impossible not to be inspired by their account of the creativity of Will's venture and the hope inherent in its success. (Ages 5-14) 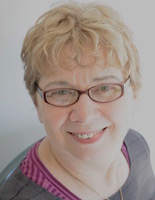 Curriculum Guide from Readers to Eaters

Created by Readers to Eaters