After a series of devastating hurricanes and the spread of a lethal disease known... read more

After a series of devastating hurricanes and the spread of a lethal disease known as Delta Fever, the U.S. government has given up on New Orleans and sealed the once vibrant city off behind a wall. In 2056, remnants of the old social order remain, like the nuns who care for the sick and tend to the skeletons of the dead that fill the Superdome. But a new social order has arisen: tribes based on blood type, because Delta Fever's severity is determined by type of blood. Fen is an OP-O Positive-a blood type in demand for transfusions. OPs are at risk of being kidnapped and held for bloodletting. When Fen's tribe is attacked, she escapes with her tribal leader's newborn baby, determined to get this child orphaned at birth out of Orleans. Daniel is a young scientist searching for a cure for Delta Fever. He hopes the answer lies in the data he will find at the Institute, a research center set up in the city in the early days of the disease. He enters Orleans illegally with all the protective gear modern science can offer but with no knowledge or instinct of how to survive. Fen and Daniel meet and become reluctant allies. She is his means to survive and find the Institute; he is her means of getting the baby out. A narrative that alternates between their two distinctive points of view-Daniel wide-eyed and fearful; Fen hard-edged and resigned, both with compassion they can't deny-paints a vivid picture of survival in this ruined city that still harbors life. (Age 13 and older) 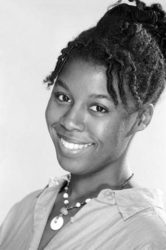 Created by YA Guy