Helen Frost’s experiment with variations on two poetic forms, the sestina and the sonnet, elevates the recent novel-in-poems trend in young adult publishing to a new level. The plot line of Frost’s narrative involves teens facing serious challenges. Stephie is pregnant. Jason, her boyfriend, struggles with knowing the right thing to do. Dontay has run away from his foster care placement. Harris has recently come out as gay, and his dad has kicked him out of the house. Carmen has been arrested for drunk driving. And Katie has an abusive stepfather. One by one, most of the teens find themselves drawn to the safe haven of Keesha’s house. It’s not an official shelter, or an authorized juvenile home, and that’s part of its appeal. Keesha is a teen who already has many battles behind her. She’s left her alcoholic father and moved into Joe’s house. Joe knows what it’s like be young and scared and in need of a safe place to turn to. “I ain’t up to the task / of tryin’ to be their legal foster dad. / But I can give them space—and space is time.” The first-person poems move in and out of each teen’s story, but they overlap and interconnect as word about Keesha’s house is passed. Remarkably, this issue-laden novel never feels driven by anything other than the authentic voices of its characters. The plot never feels too heavy or contrived, which is an extraordinary feat. Even more surprising is that these are not free-verse poems: most of the poems in the teens’ voices are written as sestinas. The poems in the adult’s voices—Joe, parents, teachers, and others trying to cast a net for these kids—are written as sonnets. In the final section of the novel, Frost wraps up the seven teens’ stories with a crown of sonnets—“seven Italian sonnets in which the last line of one sonnet is the first line of the next.” It’s a perfect choice to underscore how lives that are connected weave a web of hope. The author’s note providing information on each of the poetic forms will be useful for readers and classroom teachers alike. (Ages 12–16) 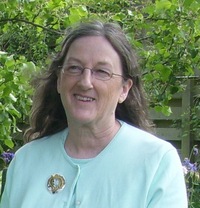 Created by Innovation by Design