The Army and Navy nurses stationed in the Pacific before the bombing of Pearl Harbor... read more

The Army and Navy nurses stationed in the Pacific before the bombing of Pearl Harbor were serious about their work. However, at bases in Manila and elsewhere, the work was routine, with plenty of opportunities for recreation as well. No one was talking about war. And then war came. A compelling account chronicles what happened to those nurses as the Japanese advanced and eventually defeated U.S. and Filipino forces. They were thrown into war; dealing with an onslaught of wounded and dying soldiers; setting up hospitals in jungles; working under conditions that were physically dangerous and emotionally overwhelming. Then they became prisoners. At first boredom was one of the greatest threats; eventually it was starvation. All the while, they continued to try to do their best as nurses and as members of the U.S. military. A thoroughly researched and documented narrative focuses on both individual stories (all of the nurses are listed by name at volume’s end) and the overall fate of these first groups of women on the front lines in the U.S. military. (Age 12 and older) 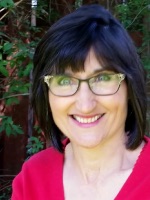