The origins of the 1940s comic book hero Green Turtle are imagined in the story of... read more

The origins of the 1940s comic book hero Green Turtle are imagined in the story of Hank, a young Chinese American man whose mother is desperate he become a superhero, even exposing him to toxic chemicals and other possible mutation-causing agents. This is one of the many moments of high humor in a graphic novel also packed with action, moments of pathos, and social commentary. It’s his humble father’s murder that finally gives Hank a superpower: It turns out one of the four spirits of China — a tortoise — possessed Hank’s father and moves on to Hank when the father dies. The tortoise becomes Hank’s mentor, although he’s as acerbic and droll as he is wise. Hank discovers gangster Ten Grand is at the bottom of his father’s death, but Ten Grand’s daughter, Red Center, complicates his plans for revenge. There is so much to appreciate about this work, from the humor and action to the seamless way racism, sexism and stereotypes are laid bare. As impressive as the story itself is the extensive note about the original Green Turtle comic, developed by a cartoonist named Chu Hing for publisher Rural Home during World War II. Gene Luen Yang and Sonny Liew look at the facts and rumors and discuss their own theory on how Hing fought back against his publisher’s refusal to allow him to openly depict Green Turtle as Chinese American. The entire original comic is then reproduced, racism and all, they note, as they encourage readers to make up their own minds about Hing’s intentions in this absolutely entertaining work that openly invites critical thinking. (Age 14 and older) 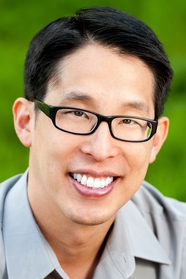 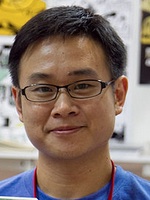