Although Lily generally looks forward to spending the summer at her family's... read more

Although Lily generally looks forward to spending the summer at her family's vacation home in Rockaway, the summer of 1944 is different. For one thing, her best friend Margaret has moved away for the summer and, for another, her father has gone to fight in the War. Left with just her stern grandmother for company, lonely Lily tries to make friends with the only person close to her own age: Albert, a Hungarian refugee spending the summer in Rockaway. Lily initiates the friendship with a lie by telling Albert she is planning to swim to a ship that will take her to Europe so that she can find her father. She promises Albert that he can join her. As their friendship grows throughout the summer, so, too, does the lie and Lily simply doesn't know how to stop it before it leads to tragedy. Details of time and place are skillfully interwoven into a story that features well-rounded, believable characters. Throughout, Giff provides plenty of dramatic tension by contrasting Lily's private thoughts with her public actions, until she is ultimately able to merge the two in Lily's powerful crossing into adolescence. (Ages 9-14) 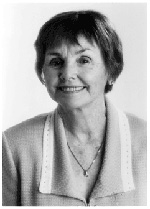