by Sean Taylor and Jean Jullien

Unconventional Hoot Owl concocts one outrageous costume after another as he attempts... read more

Unconventional Hoot Owl concocts one outrageous costume after another as he attempts to bag his evening meal. But just as his carrot disguise doesn’t fool a rabbit, his ornamental birdbath get-up fails to result in a pigeon dinner. Undaunted, Hoot Owl moves from one lost opportunity to the next, finally nailing an inanimate pepperoni pizza while wearing the white jacket and toque of a chef, complete with a mustache penciled below his beak. Despite his repeated failures, this bird of prey remains unfailingly confident (“I swoop through the bleak blackness like a wolf in the air”) as he invokes his flamboyant descriptive powers (“The shadowy night stretches away forever, as black as burnt toast.”). Bold black outlines and saturated, flat colors add dramatic flair to Hoot Owl’s nighttime escapades, while his melodramatic prose extends the humor of his plight. After scarfing his pizza, Hoot Owl flies off “into the dark enormousness of the night … And the world can sleep again.” Honor Book, 2016 Charlotte Zolotow Award (Ages 3–7) 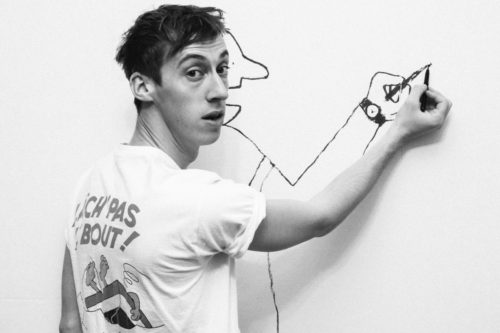 Created by The Great Discontent