The dog who suddenly began speaking after a bowl of alphabet soup went to her brain... read more

The dog who suddenly began speaking after a bowl of alphabet soup went to her brain instead of her stomach in Martha Speaks (Houghton, 1992) is back again. This time she's learning that there's a downside to communication. Not all words are pleasing, and three in particular are downright rude: "No dogs allowed." When Martha wins a vacation to a seaside resort in a telephone contest, she must suffer the ultimate indignity of being disguised as a human. Once again, Susan Meddaugh combines understatement, dialogue balloons and humorously expressive illustrations to allow Martha to speak for herself. (Ages 4-8) 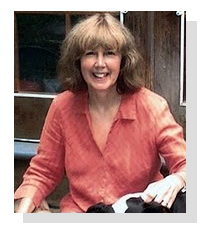