If I Could Fly

Doris’s parents have been focused on their music careers as salseros... read more

Doris’s parents have been focused on their music careers as salseros much of her life, so she’s used to taking care of herself. But that doesn’t lessen the hurt when her mother leaves. It’s only later that Doris learns Mami is seriously ill and has gone home to Puerto Rico. Doris resists her father’s efforts to be more involved in her life, as well as the attempts of his new girlfriend to befriend her, and grows tired of the sympathetic glances from everyone at high school, where she once excelled. She turns to her best friend, Arturo, for solace and support. But Arturo, who is gay, faces trouble of his own from thugs in the neighborhood. Doris also reconnects with her old friend Yolanda, whose life has taken some hard turns. When Yolanda is arrested for shooting her former boyfriend, Doris flees the inevitable barrage of questions. Taking refuge like her mother at her Abuela’s home in Puerto Rico, Doris finds it easy to imagine a future on the island taking care of Mami, and even following in her footsteps as a singer. Judith Ortiz Cofer revisits the some of the characters in the Paterson, New Jersey, barrio neighborhood first introduced in An Island Like You (Orchard, 1995) as a teenage girl learns to accept people in spite of their failures. Only then can she truly determine where she belongs. (Age 13 and older) 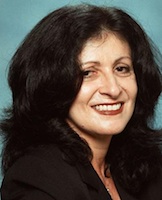