Crow Smarts: Inside the Brain of the World's Brightest Bird

by Pamela S. Turner, Guido De Filippo, and Andy Comins • Part of the Scientists in the Field Series

Smarter than the average crow? The crows of New Caledonia are, and that’s saying... read more

Smarter than the average crow? The crows of New Caledonia are, and that’s saying something. Crows are considered among the smartest animals on Earth. Dr. Gavin Hunt’s research into the crows in the remote group of South Pacific islands has revealed that not only can they learn and problem-solve, and not only do they use things in their environment as tools (tasty grubs burrow deep into wood; enter a crow with a slim stick in its beak), but they make tools. Tearing a thin strip of pandanus leaf and then notching it creates a serrated edge that grubs stick to. Differences in the kind of tools made by different communities of crows on the islands suggest the possibility of distinct crow cultures, while research looking at the tools over time will help determine whether crows improve on their designs and pass that knowledge on (currently considered a trait only humans possess). Pamela Turner and Andy Comins spent time in the field with Hunt and visited lab studies of captive crows on the islands. Turner’s informal, engaged narrative tone, peppered with dashes of humor, is a pleasure to read but also skillfully and clearly conveys the context and value of the research, while Comins’s crisp color photographs are as captivating as the crows themselves. (Ages 9–14) 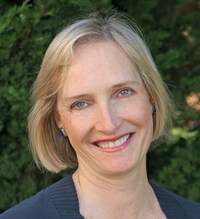 In the Classroom Activities from From the Mixed-Up Files...