Orphan trains were part of so-called "placing out" programs in New York City and... read more

Orphan trains were part of so-called "placing out" programs in New York City and other Eastern cities between 1854 and 1930, an effort to find homes for white children without parental support. Lee Nailling was one of these children. In 1926 Nailling rode with his younger brother on an "orphan train" to Texas. His story is skillfully interlaced with Warren's chilling overview of these social service programs. Because even today many survivors are unwilling to identify themselves as former "train kids," Nailling's witness offers a rare glimpse into the lifelong impact of his experiences. Black-and-white archival photos and Nailling family photos give human faces to information about the formal system that sent more than 200,000 children into homes where often they were expected to provide hard labor without receiving comfort or real family status in return. (Ages 9-16) 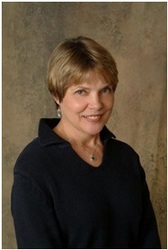