Shy Virgil feels like a failure for not finding the courage to say hello to Valencia... read more

Shy Virgil feels like a failure for not finding the courage to say hello to Valencia before the end of the school year. But his friend Kaori, who believes in fate and fortunes and is an aspiring astrologer, is sure it’s fated for Virgil and Valencia to be friends, so as summer starts she’s offering him counsel. On his way to Kaori’s one day, Virgil encounters bullying Chet in the woods. True to form, Chet steals Virgil’s backpack. Then he drops it down an old well and takes off. Inside the backpack, nestled in fleece, is Virgil’s beloved guinea pig. Chet was unaware, but would it have mattered? Virgil attempts a rescue on his own but gets stuck at the bottom of the well. Meanwhile, Valencia is out exploring the woods nearby, on her way to her own appointment with Kaori, but she can’t hear Virgil calling out from the bottom of the well because she is deaf. The strands of fate and friendship intertwine in surprising ways in this riveting story alternating among the perspectives of Virgil, Kaori, Valencia (all wonderfully developed, singular characters), and Chet. Filipino American Virgil, who feels overshadowed even in his own boisterous family, finds that his grandmother’s (Lola) stories help sustain him in the well, and maybe, just maybe, their magic extends to real life. If friendship is magic, they surely do. (Ages 8-12) 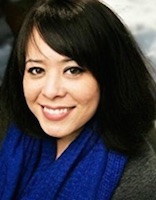 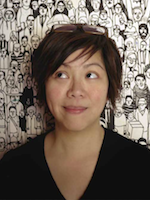 Created by The Hiding Spot