The Stars Beneath Our Feet

On the edge of young adulthood, Lolly has the support of his hardworking, no nonsense... read more

On the edge of young adulthood, Lolly has the support of his hardworking, no nonsense mom and her girlfriend; his dad, who isn’t a daily presence in his life but whose love is never in doubt; staff at the community center; and his best friend, Vega. He’s also keenly aware that the freedom with which he moved through Harlem when he was young has changed now that he’s 12; now that he’s eyed by various crews of older boys and young men as being either with them or against them. The threat feels all the more real since his big brother Jermaine was recently shot and killed, and Lolly’s grief is complicated by the fact his brother, so often his protector, was mad at him for refusing to get involved in Jermaine’s dubious business. But Lolly’s sense of himself and the world and possibilities begins expanding after receiving an architecture book as a gift. Inspired to begin constructing an elaborate city out of Lego bricks, his efforts lead to a surprising new friendship with Rose, a girl most kids shun, who is navigating struggles of her own, and to exploring the real places pictured in the book. Lolly and his family, friends, and neighbors are vivid and alive in a story featuring exceptional characterizations and dialogue. The complexities of family and friendships come into full relief in a story celebrating the power of creativity and community in a child’s life. (Ages 9-13) 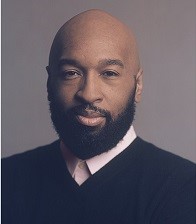 Created by The Frederick News-Post