by Sally Derby and Mika Song

Six children ranging in age from kindergarten through fifth grade walk us through... read more

Six children ranging in age from kindergarten through fifth grade walk us through the excitement, jitters, and small pleasures that accompany the first day of a new school year. Divided into four time periods—The Night Before, In the Morning, At School, and After School—each child voices four poems. Dimensions of identity, economics, ability, and experience are seamlessly integrated into the poems. Fourth-grader Carlos, for example, notices that there are not many other black-haired, brown-skinned students like him—but he notes that his teacher, Mr. Liu, seems fine, even though no one else looks like him either. Third-grader Jackie goes to school early, because her mom has a long bus ride to work every day. Fifth-grader Mia wears hearing aids and is pleased to be assigned a seat near the front of the classroom, where she’ll be able to hear her teacher. Such details ensure that each child remains a distinct individual, even as their poems reflect the familiar emotions of so many children on such a momentous day. (Ages 5-10) 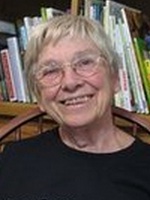