Drest, 12, has been raised by Da and her older brothers, who are training her to... read more

Drest, 12, has been raised by Da and her older brothers, who are training her to be part of their war-band in medieval Scotland. When they’re attacked by knights from Faintree Castle, only Drest, in hiding, escapes capture. Emerick, a wounded young knight from the invading band left for dead, can’t get back to Faintree without Drest’s help. She agrees, developing a plan to rescue her father and brothers by trading Emerick for one of them. On the road with Emerick and Tig, a boy from a healer’s family who joins them on their journey, Drest begins hearing things about her family that she doesn’t want to believe. She’s never thought to question the stories that she’s been told, until now. At the same time, Emerick turns out to be more than the knight he claimed to be, and it’s clear his almost-death in the attack on Drest’s family was treachery from within his own family at Faintree. This fast-paced adventure exploring loyalty, friendship, and family features a winning hero in Drest, who is smart and skilled, while her empathy, and demands for honesty from her family, force her father and brothers to reassess everything they thought they knew about her, too. (Ages 9–12) 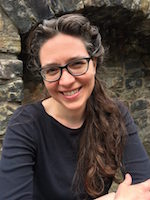