In a satisfying continuation of the trilogy that started with The Reader,... read more

In a satisfying continuation of the trilogy that started with The Reader, Sefia and Archer begin a campaign to free those taken by impressors, forming a vigilante group of boys and young men (and one girl besides Sefia) who call themselves bloodletters. Sefia and Archer are also falling in love, but Archer doesn’t believe himself worthy of Sefia because of the terrible things he’s done in the past. The impressors forced Archer to kill in order to survive; now he wonders if he can be anything but a killer. Sefia doesn’t believe herself worthy of Archer when she learns the impressors exist because of her late parents. She also worries that in battling the impressors, Archer is becoming the very fighter the Guard is looking for to carry out its destiny as written in The Book. Meanwhile, Captain Cannek Reed looks beyond his own legacy to unite the pirates against powerful Serakeen, and Tanin, demoted within the Guard, looks to regain her status. Through it all The Book, which remains in Sefia’s possession, holds present, past, and future in its pages. As it reveals more to Sefia about all three, however, she learns perhaps the most astonishing thing of all: The Book can be untrustworthy. The world-building in this complex, imaginative, action- packed fantasy remains solid, and the characters remain singular, and so very human. (Age 13 and older) 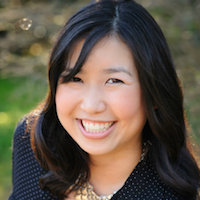