by Sally Lloyd-Jones and Leo Espinosa

In a small apartment live three children and their three goldfish: Barracuda, Patch and Fiss. At a nearby park is a rundown fountain no longer in use, until a sign goes up at the start of one summer: “Calling all goldfish looking for a summer home.” In the coming days a man scrubs, scrapes, and eventually fills the fountain. And then come the goldfish parents, dozens of kids bearing bowls of fish. For the rest of the summer the fountain is a gathering place for children and adults, who visit the fish and share stories. At summer’s end, it’s time for the fish to go home. “And so the goldfish—who may have been Barracuda and Patch and Fiss, or some other goldfish altogether—went back to being in a fishbowl.” The charm of this tale is both in the telling and in the fact that it’s based on the true story of Hamilton Fountain in New York City, where neighborhood goldfish were invited to spend summers from 1992 to 2005. The flat, stylized art has an old-fashioned feel while the cast of city characters is realistically, wonderfully diverse. (Ages 4–8) 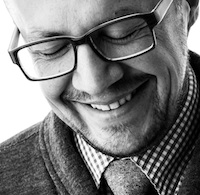