The Book of Boy

In 1350 France, Boy is an orphan bullied and shunned because of the hump on his back.... read more

In 1350 France, Boy is an orphan bullied and shunned because of the hump on his back. To escape his daily torment, he agrees to accompany a stranger named Secundus, who’s on a quest find the seven relics of St. Peter in order to get into heaven. Secundus already has the saintly rib, but he still needs tooth, thumb, toe, dust, skull, and tomb. It turns out Secundus is willing to beg, borrow, and steal to get the relics, which results in more than one narrow escape for the two as they journey across France to Rome. Secundus doesn’t want to explain why he’s in need of the relics to get into heaven. But Boy is keeping a few secrets of his own: He doesn’t need to eat and he has a deep empathy for and ability to communicate with animals. And then there’s what’s under his shirt; something he’s learned never to reveal. Beautiful bookmaking graces a singular story that is full of humor, warmth, and surprises, not the least of which is the true identity of Boy, who longs to be a real boy. Fascinating historical details are woven into a narrative told in Boy’s voice full of innocence and wisdom, and brimming with humanity. (Ages 8–11) 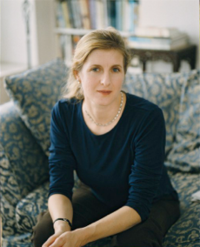