The fascination of Greek gods and goddesses with the daily lives of mortals forms... read more

The fascination of Greek gods and goddesses with the daily lives of mortals forms the premise of a sweeping story in which they watch and meddle in the lives of two pairs of young lovers during World War II. Hazel, white, is a witty pianist from London who volunteers to entertain the troops. James, also white, is the sweet, inexperienced, lovesick British private who becomes an expert sharpshooter. Colette is a white Belgian singer with a tragic past. Aubrey is a gregarious African American soldier/jazz musician who’s enlisted to play with the Army band, and ends up with the Harlem Hellfighters. Aphrodite (goddess of love), Ares (god of war), Apollo (god of poetry, music and plague), and Hades (god of death and the underworld) each narrate the part of the story about these four humans in which they get involved as they manipulate their lives. The four human storylines are all individually developed and then wonderfully intertwined as the characters meet and the two love stories emerge, with the narration by the Greek gods adding a layer of complexity and humor (e.g., Aphrodite’s clever quips about the lovers’ techniques of wooing). With a riveting, dramatic plot that is moving and funny, sad and beautiful, and includes vivid war scenes, this brilliant book will satisfy older teens who enjoy meaty stories, and/or Greek epics with a more contemporary setting. (Age 14 and older) 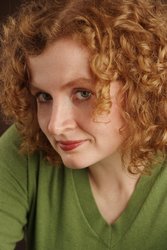 Created by The Exponent

My Most Excellent Year

After Tupac and D Foster

Marcelo in the Real World

The Sweetheart of Prosper County

The Last Summer of the Death Warriors

Wolves, Boys and Other Things That Might Kill Me