Patron Saints of Nothing

Jay Reguero came from the Philippines to the United States with his Filipino dad... read more

Jay Reguero came from the Philippines to the United States with his Filipino dad and American white mom as a baby. He hasn’t been back since he was 10, but has maintained a friendship with his cousin Jun across the years. When he learns Jun has died, Jay feels equal parts grief, guilt—he hadn’t written Jun much recently—and frustration: No one will tell him what happened. Jay wants answers, especially after he receives an anonymous message suggesting Jun’s death was connected to Philippine President Duterte’s violent war on drugs. Jay visits the Philippines during spring break of his senior year determined to learn what happened, although he tells his parents he simply wants to support Grace, Jun’s teenage sister. Jay’s search for truth is complicated not only by the silence he is unable to breach in his police officer uncle’s home, but also by what he learns about Jun. Nothing Jay discovers changes his understanding of Jun as smart, sensitive, compassionate, and committed to justice. But in tracing Jun’s final months, talking to family members, and working with journalism student Mia, Jay begins to see the complexities and contradictions in both his homeland and family. More than one silence is finally breached in a riveting novel that sees Jay deepening his understanding of himself, recognizing his privilege, and strengthening his connections to the Philippines and to the people he loves. (Age 14 and older) 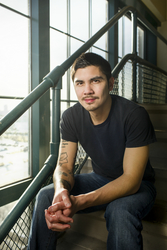