“Wallace, a mouse, could do almost anything. Anything, that is, as long as... read more

“Wallace, a mouse, could do almost anything. Anything, that is, as long as he had a list.” His lists define his comfort zone, and Wallace begins to realize how confining that zone is when he meets Albert, a new neighbor. Freespirite Albert is the antithesis of Wallace’s tightly controlled persona. When their paths cross, Wallace soon learns that taking risks can add zest to his life. Meanwhile, Albert also discovers that the path of adventure has its own bumps, and just when he’s feeling down, Wallace saves the day. Making friends is risky, but well worth the effort. Besides, it gives Wallace the chance to make a new list: “My Best Friend: 1. Albert.” Bow-tied and be-spectacled Wallace provides a visual counterpoint for Albert and his white undershirt in the visual interpretation of this rodent Odd Couple. Several of Wallace’s neatly printed lists offer an extra layer of fun, including such memorable categories as “Places with funny names” and “Accidents that happened to me.” (Ages 5–8) 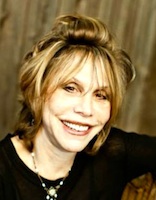