Seventeen-year-old Dimple Lala is a first generation Indian American living in New Jersey. The end of Dimple’s junior year of high school marks the start of a summer of self-discovery for this young woman who loves taking photographs but doesn’t think of herself as a photographer. She fails to claim her passion just as she fails to embrace her Indian heritage as a positive part of her identity. Dimple’s parent seem determined to hook her up with a suitable boy, and they believe they’ve found one in Karsh, the son of an old friend from medical school in India. At first, as Dimple tells her best friend, Gwyn, she is seriously uninterested in Karsh. But just as she’s taking a second look, tall, thin, blonde-haired, picture-perfect Gwyn, whose just been dumped, looks too, complicating Dimple’s feelings for both her best friend and this young man who has begun to intrigue her. Dimple is also becoming immersed for the first time in a vibrant South Asian club culture in New York City, thanks in part to her cousin Kavita, recently arrived from India and a student at NYU. Kavita also invites Dimple to attend a student conference on South Asian identity. That Gwyn participates even more eagerly than Dimple, throwing herself into “becoming more Indian” because of her interest in Karsh, and her need to find something to fill the void of an emotionally barren family, is just one of the many funny, embarrassing, authentic, and genuine moments that abound in this sparkling, complex, appealing first novel from Tanuja Desai Hidier. Some of Dimple’s revelations over the summer initially shock her, such as her cousin coming out as a lesbian, and her own realization that the beautiful young woman she’s seen dancing in the clubs is actually a young man in drag, but she is able to absorb these experiences into her understanding of these individuals without judgment. (Less easy for Dimple to face is the aftermath when she gets drunk for the first time, and her first experience getting high. Yet it seems unlikely that Dimple will seek out either activity in the future, even though neither are wholly condemned by her or her peers.) It’s hard for Dimple to navigate her changing relationship with Gwyn, especially after discovering that her best friend, whom she thought she knew so well, has been holding back a lot from her. But perhaps the greatest revelation she has by summer’s end -- beyond her own newfound ability to embrace who she is and what she cares about -- is that her parents are so much more complex and extraordinary than she ever imagined. Their greatest wish is not for Dimple to find a husband, but rather a soul-mate, whoever that might be. (Age 15 and older) 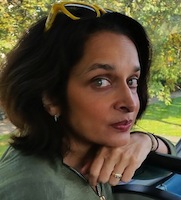 Created by The Aerogram

by Yin and Chris K. Soentpiet

The Legend of Hong Kil Dong

A Step from Heaven

The Year of the Dog

by Andrea Cheng and Ed Young

Nothing But the Truth (And a Few White Lies)