“Kamishibai” means “paper theater” in Japan. The kamishibai man once traveled by bicycle with his theater and homemade sweets, telling stories to the crowds of children who would gather around when they heard him call. Allen Say’s story opens with an elderly kamishibai man who takes his long unused theater down into the city for the first time in years. In his mind he can still recall how the children were once always eager for treats and the latest installment of his story. The old man is young again as Allen Say’s paintings flash back to those times when the children still came to his call. Then television antennas started to appear on rooftops, and children lost interest in his tales. As the kamishibai man ends his reminiscences, he hears applause and looks up to find a crowd has gathered once again. It is a crowd of adults, and they begin excitedly recalling those childhood visits from the kamishibai man, and are eager to hear his stories once again. (Ages 5–8) 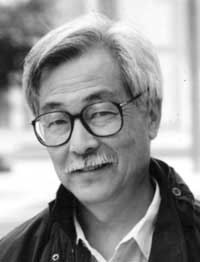 Lesson Guide from The Storytelling Sub

Created by The Storytelling Sub