Thirteen-year-old Mai has spent most of her entire life living with her grandmother... read more

Thirteen-year-old Mai has spent most of her entire life living with her grandmother in a Hmong refugee camp in Thailand. Life in the camp is hard, and she dreams of joining her uncle and cousins who immigrated to Providence, Rhode Island, five years earlier. When she and her grandmother finally get the chance to resettle in the United States, they find that life in America has its own challenges: there’s a new language, a new way of life, and it’s unbearably cold. Grandma has such a difficult time adjusting and is so terribly homesick that Mai feels obliged to take care of her as best she can. One of the ways she can do this is by helping stitch and then sell pan dau storycloths and other traditional Hmong embroidery, at which both Mai and her grandmother are skilled. Mai has her older cousins, Heather and Lisa, to teach her the customs of American teen life, but she soon begins to suspect that Heather’s disrespect for her elders goes way beyond what’s acceptable for American teens. Based on extensive research, Pegi Deitz Shea has written an absorbing coming-of-age story that deals realistically with the hardships faced by Hmong refugees both in Thailand and in the United States. (Ages 12–14) 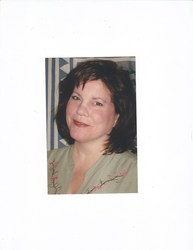