Cool Melons - Turn to Frogs!: The Life and Poems of Issa

Like the haiku form of poetry itself, here is a book that is all grace and wonder.... read more

Like the haiku form of poetry itself, here is a book that is all grace and wonder. Writer/compiler Matthew Gollub has balanced biographical information about the Japanese haiku master Issa, who lived in the late 18th and early 19th century, with beautiful translations of Issa's haiku. Through the narrative story, readers meet Issa as a child and follow him through adulthood and old age. Gollub has skillfully chosen specific haiku poems by Issa to extend the reader's understanding of this sensitive, observant writer beyond the facts of his life to knowledge of his heart and mind as revealed in his poetry. This exquisite picture book is illustrated with Kazuko Stone's delicate watercolor and colored pencil paintings, and each two-page spread is bordered with the Japanese language characters for the haiku appearing on those pages. An author's note provides additional factual information on Issa, the decisions that went into haiku chosen for inclusion in the text, and the research that Stone conducted for the artwork. Background notes for several of the haiku poems along with information on the translations and the haiku art form is also provided. (Ages 8-12) 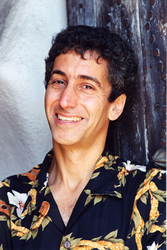