In 1903, Andy Oyler was not only the shortest player on the Minneapolis Millers,... read more

In 1903, Andy Oyler was not only the shortest player on the Minneapolis Millers, he was the shortest player in the entire league. He was not a great player and would probably have been completely forgotten had it not been for the grand slam homerun he hit on a rainy day. Not much was expected of Andy Oyler but he was the last hope for the Millers, who were losing 3–0 to the St. Paul Saints in the bottom of the ninth with two outs and three men on base. But, because of the heavy rain, when Andy hit the ball, no one could see where it went, and Andy had driven in three runs and rounded the bases himself before the second baseman found the ball in a mud puddle—just two feet in front of home plate. Andy’s hit—the shortest homerun on record—has become the stuff of legends, a story passed down from generation to generation by baseball enthusiasts. Matt Tavares aptly captures both the excitement of the game and the muddiness of the field in a colorful, humorous tale from the annals of baseball. An author’s note at the end documents his research into the story, which, interestingly, was not mentioned in print until 1966. (Ages 4–8) 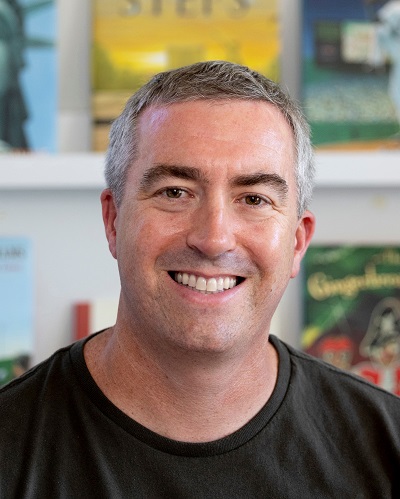