by Andrew Clements and Mark Elliott

The fifth graders at Laketon Elementary School have taken a vow of silence. It started... read more

The fifth graders at Laketon Elementary School have taken a vow of silence. It started as an experiment for Dave Packer, who was inspired by Ghandi to go a day without speaking. But when Dave explodes at classmate Lynsey Burgess during lunch period, his personal challenge becomes an all-out competition between the boys and the girl: no talking for forty-eight hours. The two sides agree on some carefully considered rules: at home and at school, they will respond to any question from an adult, but their answers must be three words or less. It may seem a teacher’s dream to have a class of silent and attentive students, especially these students, who are known as the “unshushables.” But the teachers and principal aren’t sure what to make of the strange turn of events. Gradually they figure out what’s going on, and their responses range from annoyed to intrigued to ecstatic. It is the responses of adults as much as the actions of the kids that turns the very funny premise of Andrew Clements’ novel into a story that is thought-provoking, too. When the principal challenges the students on their right to remain silent, it brings an unspoken but heartfelt truce to the battle of the sexes. Clements story makes a terrific classroom read-aloud—one that just might inspire the sound of silence. (Ages 8–11)

Meet-the-Author Recording with Andrew Clements about No Talking 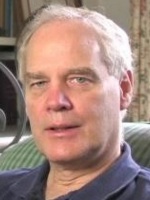