The Apprenticeship of Lucas Whitaker

Nineteenth century medicine was often a combination of superstition and science,... read more

Nineteenth century medicine was often a combination of superstition and science, and sometimes a battle between the two, as 12-year-old Lucas Whitaker discovers. Lucas likes working as apprentice to Doc Beecher, who is also dentist, barber and undertaker in Southwick, Connecticut. But when consumption threatens the lives of several townspeople, Lucas is frustrated by Doc's unwillingness to give credence to a rumored cure that involves digging up the bodies of those who've already died. Lucas, who lost his entire family to consumption, understands Doc's sorrow and frustration at not being able to do more for the victims, but isn't that all the more reason to try something new, something that gives hope to the families of the dying? A fascinating narrative inspired by recent research which unearthed facts about folk-practices to cure tuberculosis in the mid-1800s. (Ages 10-12) 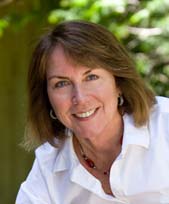