by Lenore Look and Yumi Heo

Jenny, the chatty protagonist in Henry’s First-Moon Birthday (Atheneum, 2001), is back to describe all the preparations for her Uncle Peter’s traditional Chinese wedding. Jenny is less than happy with her favorite uncle’s pending marriage because it means he’ll have less time for her. She’s especially miffed by his fiancé, Stella, who’s getting far more attention these days from Uncle Peter than Jenny is. (“She twinkles and shines. I feel like cosmic dust.”) In spite of her gloom, Jenny manages to give a fairly upbeat and detailed description of the wedding traditions. Occasionally, she even tells what would have happened a hundred years ago and two hundred years ago, showing how the traditions have changed over time. As with Henry’s First-Moon Birthday , Jenny’s voice comes through loud and clear, giving the story her own distinctive spin in a narrative in which she speaks directly to young readers and listeners. Yumi Heo’s brightly colored oil, pencil, and collage illustrations pulsate with energy and excitement, giving the story a strong celebratory feeling. Highly Commended, 2007 Charlotte Zolotow Award (Ages 4–7) 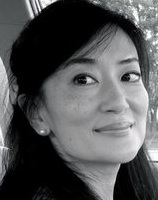 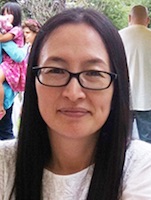