Only Passing Through: The Story of Sojourner Truth

Born into slavery in 1806 in New York state, Isabella grew tall and strong, able to do the work of any man. From an early age she experienced the cruelty inherent in the institution of slavery: she saw children sold from their parents and felt the whip on her own back when she was unable or unwilling to carry out her master’s orders. Knowing New York state law was preparing to prohibit slavery, Isabella took freedom for herself when the promised day arrived. When her five-year-old son was illegally sold across state lines, Isabella went to court and won his freedom, too. Her courage, intelligence, and commanding presence made her a natural as a public speaker for the Abolitionist cause, so she began to travel the country to speak firsthand about her experiences as a slave. At that time, she cast off her slave name and began calling herself Sojourner Truth, and she soon became known as an eloquent speaker who was able to convince many people that slavery was wrong. Anne Rockwell does an admirable job of providing the necessary historical context within the confines of a picture book biography. R. Gregory Christie’s expressionistic paintings slightly distort the human figures to relay the deep emotions stirred by injustice. Young Isabella’s face shows a combination of fear and anger that’s palatable, while the face of mature Sojourner shows courage and determination. (Ages 8-12)

Meet-the-Author Recording with R. Gregory Christie about Only Passing Through 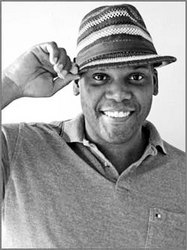