When the Whistle Blows

A story set on All Hallow’s Eve over seven years from 1943 to 1949 portrays a child, a family, and a small West Virginia railroad town all facing inevitable change. Jimmy is just a boy in 1943, full of Halloween high jinks as he and his friends plot pranks near the graveyard. He dreams of growing up and working as a mechanic at the rail depot like his father. Jimmy’s dad is a somewhat challenging, taciturn personality who expresses his love in ways that become more and more understandable to Jimmy as he becomes a teenager, just as the personalities and occasional prejudices of some of the town’s other adults—who, it turns out, are not too old for some high jinks of their own—become clearer over time. Jimmy’s dad knows that the days of steam trains are ending and keeps telling Jimmy to set his sights on a different future. Jimmy can’t imagine such profound readjustment of his dreams, until he has no choice. Author Fran Cannon Slayton’s slice-of-life novel has plenty of humor but also a compelling portrayal of a boy’s coming of age, all set against the vivid drawn backdrop of a small town in the 1940s. (Ages 11–15) 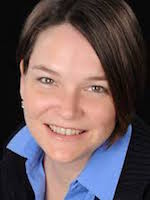 Created by Into the Wardrobe