Another great entry in the Scientists in the Field series follows astronomy professor... read more

Another great entry in the Scientists in the Field series follows astronomy professor Alex Filippenko, whose specialty is dark matter and dark energy. We see him at the University of California, Berkeley, where he has been voted “Best Professor on Campus” five times (when you see the Black Hole costume he wears on Halloween, you’ll know why), and accompany him and a graduate student to Hawaii to observe a supernova in the Keck Observatory. It’s fascinating to catch the inner workings of a high-tech observatory and to get a glimpse of the work that astronomers do. For example, one night the technology malfunctions, and Alex must adapt and improvise by using a different spectrograph and whittling down the list of objects they planned to observe. A companion narrative explains many of the scientific concepts he mentions, such as supernovae, black holes, the Big Bang theory, the expansion of the universe, red shift, blue shift, and more—all in clear, concise terms and in the context of Alex’s efforts. Nic Bishop’s crisp color photographs are augmented by breathtaking NASA photos. (Ages 9–14) 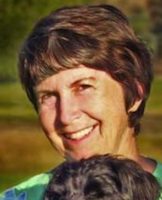 Tenacity and Ethics of Scientific Photography by Nic Bishop