The Grand Mosque of Paris: A Story of How Muslims Saved Jews During the Holocaust

An intriguing look at one setting in which some of the dramas of World War II played... read more

An intriguing look at one setting in which some of the dramas of World War II played out is not only a fascinating dimension of history but one that can broaden children’s understanding of historical relations between Jews and Muslims. When the Germans occupied Paris during the war, some Jews in the city found refuge within the walls of the Grand Mosque of Paris. This enclave was the heart of the Muslim community in France. Under the leadership of Si Kaddour Benghabrit, rector of the mosque, members of the community, some of whom were part of the French Resistance, hid Jewish men, women, and children until they could get them safely out of the city. Some details of the narrative feel spare, but authors Karen Gray Ruelle and Deborah Durland DeSaix note there is difficulty in finding more than anecdotal evidence for the heroic work undertaken by the Muslims in Paris in their detailed author’s note. This volume, illustrated with beautiful full-color art, will undoubtedly inspire some readers to seek out additional information. (Ages 9–12) 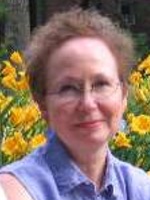 Teaching Ideas from Book Reviews for My Future

Created by Book Reviews for My Future