The Case of the Peculiar Pink Fan

by Nancy Springer • Book 4 of the Enola Holmes Mystery Series

Nancy Springer logs two more satisfying entries in her Enola Holmes mystery series, set in Victorian London and featuring a discerning detective who is the much younger sister of Sherlock Holmes. Enola uses disguises and an ingenious front as office girl for a made-up detective to engage in her work solving mysteries. In The Case of the Bizarre Bouquets, her sleuthing parallels and ultimately surpasses the efforts of Sherlock—both are independently trying to find the missing Dr. Watson. Enola is eager to avoid crossing paths with either Sherlock or her brother Mycroft, because both men are intent on sending her to boarding school to prepare her for life as a proper young lady. It’s just such a life, and its limits for women, that her mother escaped, leaving Enola with a tremendous longing but the financial and intellectual resources to make her own way. And it’s just such a life, complicated by a few nefarious characters, that has trapped Enola’s acquaintance Lady Cecily in The Case of the Peculiar Pink Fan. Enola has the same keen intellect as her older brother, but she brings something extra to her detective work—compassion for the plight of London’s most vulnerable, from the poorest who live on the streets to upper-class women like Cecily, who is being forced into an unwanted marriage. Enola’s fierce determination to control her own destiny defines her as much as her intelligence, creativity, and kind heart in these stories that bring the streets and lives of Victorian London into high relief. (Ages 9–12) 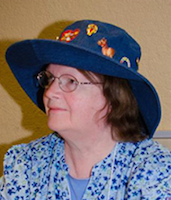