A novel told in the distinct voices of four teenagers opens with the funeral of title... read more

A novel told in the distinct voices of four teenagers opens with the funeral of title character Emako Blue. Each of the four teens relives how they came to know their high school classmate Emako and how her life and death have changed them. Monterey meets Emako in choir and they quickly become best friends, despite the differences that make sheltered Monterey’s middle-class parents uncomfortable. Emako lives in south central Los Angeles; Monterey’s father grew up there but seems to want to put it far behind him. Like Emako, Eddie lives in a family that has been victimized by poverty and crime. Emako understands his fears like no one else can. Smooth operator Jamal has always been popular with girls. Emako is the first one he’s ever met whom he can’t finesse; she challenges him to be real with her and with himself. Lonely Savannah can’t stand Emako, who is talented and confident and shoots straight from the mouth when she doesn’t like what she sees. When Emako is killed in a drive-by shooting (witnessed by Monterey), each of the four struggles with their feelings—of sadness, of loss, of grief, of guilt—in a novel that paints a vivid portrait of five contemporary teenagers and condemns the tragedies—within families and within society—that create struggles and heartache in lives that are deserving of joy. (Ages 14–17) 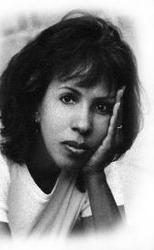