At 296 pounds, Troy Billings is undeniably a fat kid, and an unhappy one. As this... read more

At 296 pounds, Troy Billings is undeniably a fat kid, and an unhappy one. As this story begins, Troy is contemplating suicide as he stands at the edge of a subway platform, wondering if he should jump. This action, like everything he does whether insignificant or momentous, is shaded by Troy’s belief that he is defined by his weight and consequently viewed as a joke. An exception to this rule is demonstrated by punk-rocker extraordinaire Curt MacCrae, a modern legend at Troy’s high school for his skill on the guitar and his defiance of rules and expectations. Curt distracts Troy from his suicidal subway moment and offers him the position of drummer for a new band. Troy hasn’t played the drums since a feeble attempt in junior high, but he grasps Curt’s invitation like a lifeline. The unlikely friendship which develops between the two is as complex as it is true. Along with his musical talent, Curt has monumental problems of his own, ranging from his dysfunctional family, to his current homeless state, to serious drug use. Troy discovers that he is much more than a self-defined “fat kid,” and he is able to reciprocate Curt’s friendship in a significant and thoughtful way with far-reaching implications. Often uproariously funny, this novel for older teenagers is also gritty with strong language and situations. The author provides windows into both Troy and Curt’s worlds, while commendably resisting the temptation to solve Troy’s problems with a convenient weight loss. (Ages 15–18) 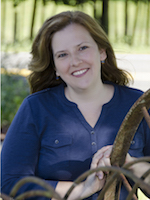 Website for Movie Adaptation of Fat Kid Rules the World