J is a transgender teen, struggling to come out to those around him. While strangers... read more

J is a transgender teen, struggling to come out to those around him. While strangers often recognize him for the boy he is, some respond with name-calling: “faggot.” His best friend, Melissa, thinks he’s a lesbian, and his parents don’t know what to make of J, although his father affirms he’s still “Daddy’s little girl.” Certain his parents will not be able to accept that he isn’t a girl at all, J leaves home, eventually moving in with Melissa and her mother. When J finally tells the truth to his own mother, her response is to pull away. She sees J periodically, but explains that his dad doesn’t want to see J at all (a lie that later leaves J feeling profoundly hurt and angry). Chris Beam’s third-person narrative is especially effective in exploring J’s feeling of being so disconnected from his physical body—which has always contradicted who J knew himself to be—especially when J reached puberty and began developing breasts. Beam also explores J’s ongoing struggle to assert his identity to people who’ve known him all along. Many of them assume J has only recently decided to become a boy. He must repeatedly insist that this is who he has always been. And with trust a fragile thing, J also struggles what to reveal as he navigates a romantic relationship with a girl named Blue. But by novel’s end, with the help of friends and the wider transgender community, J begins the process of transforming his body with testosterone injections in this thought-provoking story with complex and very human characters. (Age 13 and older) 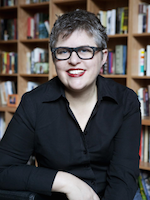